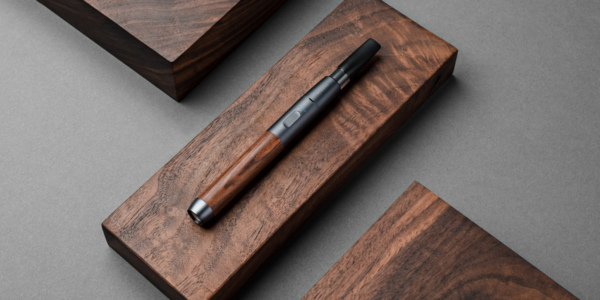 Due to their many similarities, the vaping/ stoner communities usually debate about wax pens and dab pens. It is always easy to confuse a wax pen for a dab pen and vice versa.

Based on several characteristics of both vape devices, this article guides you through the similarities and differences between wax pens and dab pens.

What is a wax pen?

Wax pens are handheld devices that are used for vaping waxy oils and distillates. Most people use wax pens because:

What is a dab pen?

Dab are also handheld devices that are used for vaping concentrates known as dabs. For beginners, dabs are dense THC concentrates that are when ingested, they create more potent cannabis effects.

The advantages of using dab pens compared to other vape devices, including vape pens and traditional rigs are similar to those of wax pens. They are also portable, discreet, bioavailable, and customizable.

Which type of concentrate can I vape using a wax pen or dab pen?

The vaping experience of wax pens and dab pens.

Setting the temperature of your wax pen or dab pen so high is likely to produce less smooth/ harsh hits.

Some wax pens and dab pens come with preset temperature settings that are well defined. This type of wax pen usually comes with four settings.

On the other hand, other wax pens and dab pens offer you a wide range of temperature settings which you can vary to as low as by one degree. You can get smoother heats from this kind of wax/ dab pen.

While most wax pen and dab pens feature manual up and down controls, you can get either of the devices that is controlled using android or IOS applications.

Wax pens and dab pens have three major accessories: a battery, an atomizer/ coil, and a mouthpiece. They both use either magnetic connection technology or are 510 threaded to connect the three accessories, forming a single unit.

Since the three accessories featured in wax pens are removable, you can remove any of them and upgrade/ replace them.

The coils of wax pens and dab pens are the most replaced accessory. They usually get damaged easily when accidentally scrubbed during concentrate loading. For heavy users, the coils are likely to start creating a “burnt” flavor within a few weeks and will need to be replaced.

Some wax pens and dab pens come with low capacity batteries that die out very fast. When going for trips, the users normally carry an extra battery.

The major variations of wax/ dab pen batteries are that some are draw-activated while others have a power button.

Draw activated means you turn on the battery by making a hit through the wax pen or dab pen’s mouthpiece.

Other accessories included in some wax pens and dab pens packages include:

You now know the similarities and differences between a wax pen and a dab pen. Both vape devices can not be differentiated by examining or looking at them keenly as they are very identical. Their only key difference lies in their ability to vaporize different types of concentrates (either dabs or wax concentrates).

www.digitalgpoint.com founded in 2020, This is a web magazine that provides information around digital world, business, creativity, creation, creative people and creative world. It has focus on simplicity, beautification, practicing easy and straight-forward learning.

Get in touch with us