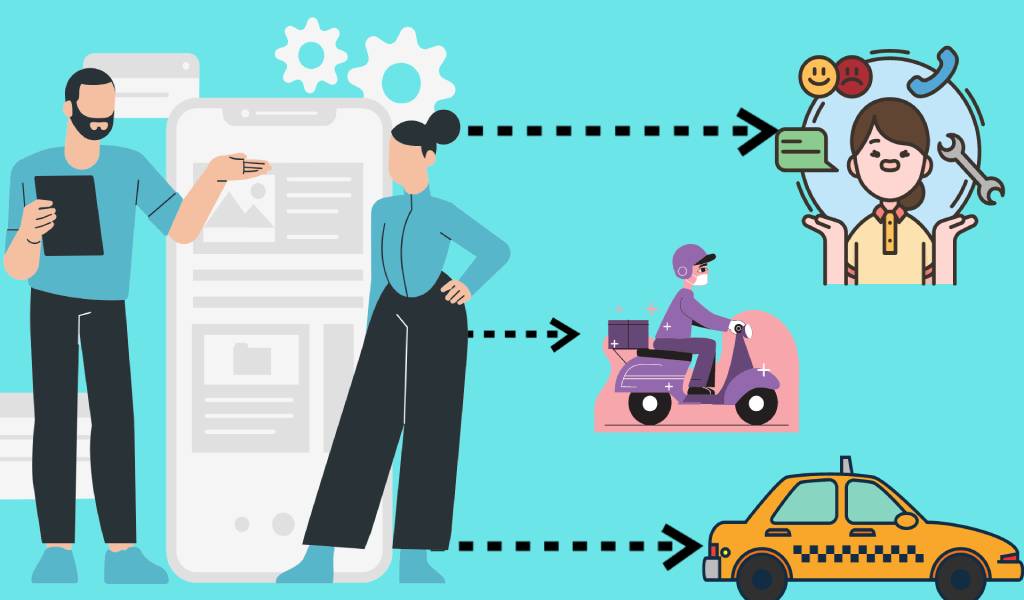 Now, in the era of competition, everyone needs their tasks to get done very simply with ease. The people prefer the methodology of getting their jobs done within minutes. People’s lifestyles nowadays have become much more hectic compared to earlier times.

They don’t have much time as the essential activities to be performed from their side have incremented to a considerable level. Hence, they skip some of the crucial activities inadvertently. In order to not miss these activities, the apps have been launched in the market in various business sectors.

With the arrival of these apps, the lifestyles of the people have become quite comfortable as they were able to meet their needs with just a few taps. The sectors introduced with apps are taxi, retail, food delivery, payments, etc., which received a significant rise.

Yet, the app users were still not satisfied with these apps as the memory storage of their devices was getting fully occupied as these apps were launched for a particular service. The people demanded an all-in-one marketplace. Thus, super apps came to the rescue of the people as they integrated many business segments into one application. The users can now access multiple services by installing a single app.

The rise of super apps has not only facilitated the people but also streamlined business owners’ lives as they can manage their ventures through an application. So, now let us gain some information about the super apps.

What Does Super App Mean?

Along with it, the entrepreneurs were also relieved from the hassles of operating their ventures manually. They need to register their business into an application by entering the necessary credentials required and can handle their enterprise online through an app by managing various components like maintaining the stock, analyzing orders, earnings, staff, etc.

Later, people loved the usage of these apps, and if we consider the US market analysis, about 67% of people in 2021 were found keen to use the super apps.

And according to the image shown above, the global super apps market is rising significantly. Hence let’s go through why these apps attract users and what makes them different from other applications.

Thus, due to various factors that make these applications stand apart, the requirements among people rose gradually for super apps and bolstered their usage. As a result, some super apps across the globe created massive hype among the people.

Some Of The Example Of Super Apps:

Here are some of the super apps which got popular among the people and achieved a considerable rise in the market. So let’s take a look at those apps providing multi-services facilities.

It is a company in the Middle East providing multiple services through an app platform. Careem was founded in March 2012 and is headquartered in Dubai. Initially, they began with the ride-sharing services, and later with further evolution, the firm started offering multiple services and is currently on the top of all demands among the Middle Eastern countries and is operating its business in the 100+ Middle Eastern countries along with Africa and South Asia.

Paytm is a company providing multiple services from an app to the people in India. The firm was founded in August 2011 and is based in Noida, UP, India. They started operating in 2011 as mobile prepaid and DTH recharge services and later added multiple services through their application. Currently, the company is offering its services in India and Japan. The company has achieved massive fame in India and is now trending among the people.

The company serves various services through an application. Gojek was founded in October 2009 and is headquartered in Jakarta, Indonesia. At their initial stage in 2009, they were providing the 2 services of a call center for courier services and 2 wheeled ride-hailing services in Indonesia. Further, with some enhancements and by gaining fame, it is currently providing 20 services from a single app across 8 countries in Southeast Asia.

According to the research, Gojek received popularity amongst the local people and has a vast user base of 38 million active users currently.

Hence, from the above-market figures, we can say that in the Southeastern region, only Gojek received a significant lift in the market. What are its reasons? Let’s go through some reasons behind its success.

Why Only Gojek Succeed In Southeast Asia?

Although, many super apps are available across the South East Asian region. But there are many reasons behind why only Gojek got a rise in this region. Let’s go through each of them:

Hence, due to the reasons mentioned above, we can surely assume that it must have got significant usage. Therefore, the company is currently valued at $11 billion, which is a huge figure.

How Does This App Work?

The Gojek has a unique flow path of control between its components, so let us understand how gojek works by analyzing the workflow of its all modules in brief mentioned below:

The customer logs into the application by registering themselves entering the necessary credentials required.

Look Out For Specific Services:

After finishing the registering and login process, the app users can now go for choosing the particular service they require from a wide range of services provided to them. For example, the user selects the GoFood for getting the food delivered at their doorsteps. By selecting the GoFood service module of Gojek, the customer moves forward with selecting the particular restaurant from which they want their meal delivered.

Thus according to the above mentioned example of GoFood service module, likewise the user can select any other services available through an app and can confirm it by adding that particular service to the wishlist and then moving on towards making payment in any way the customers prefer.

The customer can now make the payment in the mode they prefer. But every mode has a different charge as card payment would charge less to the customer as there are chances of service being delivered with any faults or issues.

The delivery of the specific service would be completed by its respective providers. The store prepares the order by accepting the order request received from the customers and assigns the delivery to the service providers to make it delivered at the consumer’s preferred location. After receiving the delivery from the provider the customer can give the ratings reviews about the particular service received.

Thus, you might have got an idea about the working of this application by reading Gojek’s workflow mentioned above. By having a unique and efficient workflow, the entrepreneurs can raise their business scalability and manageability, which in turn helps to provide better customer services to the app users.

In this current trend of applications, people tend to fulfill any requirements through applications. Hence, the demand for primitive business models decreased to a considerable level. The preference for online applications has become a topmost priority among people. Thus, the local entrepreneurs can help their business to reach incredible heights in the market by mobilizing their ventures and staying in the ongoing trend by meeting the needs of people efficiently.