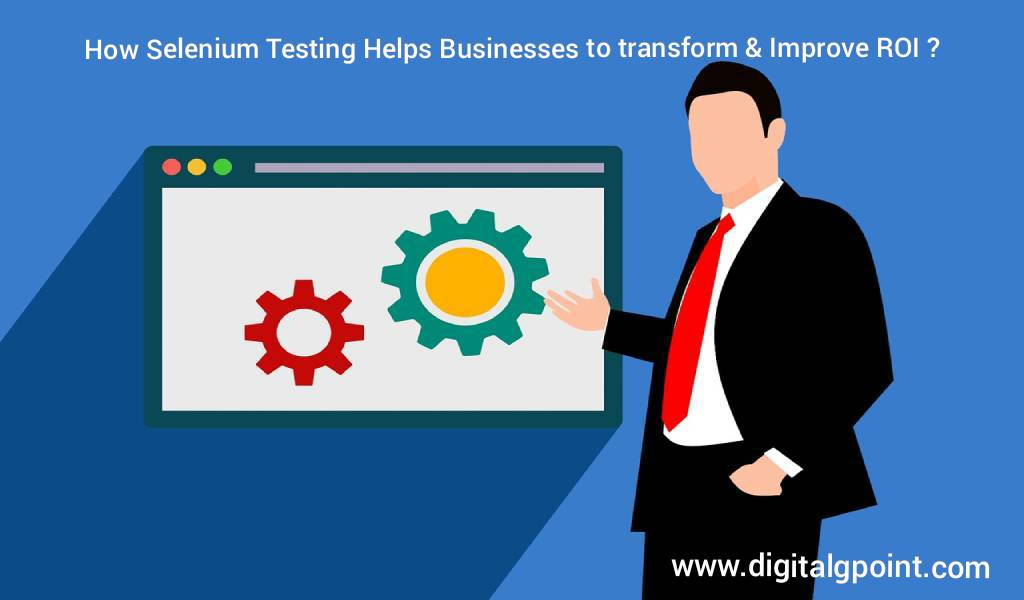 This is something we will go over in-depth later in the article. However, by the end of this post, you should be able to identify all of the advantages of automation testing with Selenium and why it is chosen over other automation testing tools.

Why do Businesses Need Automation Testing?

Automation testing uses tools and technologies to test software to reduce testing efforts and deliver functionality faster and more affordably. As a result, it aids in developing higher-quality software with less effort.

Many businesses are already employing automation testing to some level. However, many still rely heavily on manual tests because they don’t understand how to fully exploit the benefits of automated testing in their development process.

When bringing automated tests into an organisation, significant time and effort must be invested. However, there is little financial risk, at least when beginning on a modest scale. There are various open-source test automation tools available that might be used, particularly in the early stages.

Typically, organisations whose primary product(s) are not software are hesitant to invest in automation testing, believing that the returns would be inadequate or that there will be no positive ROI. But actually, it’s just the opposite!

Let’s look at why automation testing, especially selenium testing, is important for your organisation and what benefits it can provide. Read on.

What Is Selenium Testing?

Before we dig deep into the advantages of Selenium testing, let us first define Selenium and why it is used. So, basically selenium is an open-source automation testing tool for conducting automating tests which are performed on various web browsers.

It offers a package with specific tools that cater to diverse organisational demands.

It consists of four different tools:

Selenium WebDriver and Grid are currently merged into one.

Selenium has numerous advantages for test automation. It also supports recording and playback for testing web apps and can execute numerous scripts across multiple browsers. Also, the advantages of Selenium Test Automation are applicable to a wide range of business sectors. Now let’s look at the significant advantages of selenium testing.

As previously said, Selenium’s greatest strength is that it is freeware and portable. There are no upfront direct charges. The tool is freely accessible for download, as is community-based support for it.

Java, Perl, Python, C#, Ruby, Groovy, JavaScript, and other languages are supported by Selenium.It has its own unique script, but it is not bound by it. It can also work with any language that the developers/testers are comfortable using. The advantages of Selenium Test Automation are applicable to a wide range of business sectors as well.

Selenium can run on and support a variety of operating systems (OS), including Windows, Mac, Linux, and UNIX. A customised testing suite can be designed on any platform and then executed on another using the Selenium suite of tools. For example, you may design test cases in Windows and easily run them on a Linux-based machine.

Selenium is compatible with a wide range of browsers, including Internet Explorer, Chrome, Firefox, Opera, and Safari. This is very beneficial when performing tests across many browsers at the same time.

Selenium supports and works with a wide range of programming languages and frameworks. It can, for example, integrate with ANT or Maven frameworks for source code compilation. It can also be integrated with the TestNG framework for app testing and reporting. It can also integrate with Jenkins or Hudson for Continuous Integration (CI) and even with other open-source tools to offer additional features.

Selenium Test Automation is capable of automating mobile web apps on Android, iPhone, and Blackberry. This can help with the development of required outcomes as well as the ongoing resolution of challenges.

The Selenium community frequently provides ongoing updates and necessary improvements. These updates are widely available and do not require any special training. So, selenium is very resourceful and cost-effective.

Selenium is a suite of testing tools, not simply a single tool or utility. Each tool is tailored to meet individual testing requirements and test environment limitations.

Selenium is a user-friendly interface that allows you to easily and effectively build and perform tests. Its open-source capabilities enable users to script their extensions, making them simple to design, tweak actions, and manipulate at an expert level.

The tests are run directly in browsers, and users can see them as they run. Furthermore, one of the benefits of adopting Selenium is its reporting features, which enable testers to extract findings and perform follow-up tasks.

The Selenium Test Automation framework employs scripts that may be immediately tested across various browsers. Selenium allows you to run several tests at the same time since it covers practically all areas of functional testing by using add-on tools that widen the scope of testing.

Another school of thought discusses various shortcomings in Selenium Automation Testing. For example, Test Automation specialists claim that Selenium is not an all-inclusive technology for automating web application testing because it requires third-party frameworks and language support to be fully effective and produce the desired results.

As more businesses move online, the functionality and user experience of our web applications will determine our company’s success. Since selenium is one of the best browser automation suites that we can use for this purpose. Furthermore, it is open source and compatible with a variety of browsers and platforms.

As a result, we must adopt and execute the most advanced AI services and other necessary tools on our web apps and software products before releasing them to the market. It would help to enhance the productivity and performance, also for gaining a significant rise in the ROI as well.

We are all aware that when it comes to choosing something from a large number of possibilities, we are extremely picky. When it comes to choosing a tool, we are even more picky. There are numerous tools available to assist you with automation testing. But why select Selenium? Well, I must suggest that you should make your decision based on what we covered.

Vishnu Narayan is a content writer, working at ThinkPalm Technologies, a software & mobile app development services company focusing on technologies like BigData, IoT, and AI services. He is a passionate writer, a tech enthusiast, and an avid reader who tries to tour the globe with a heart that longs to see more sunsets than Netflix!