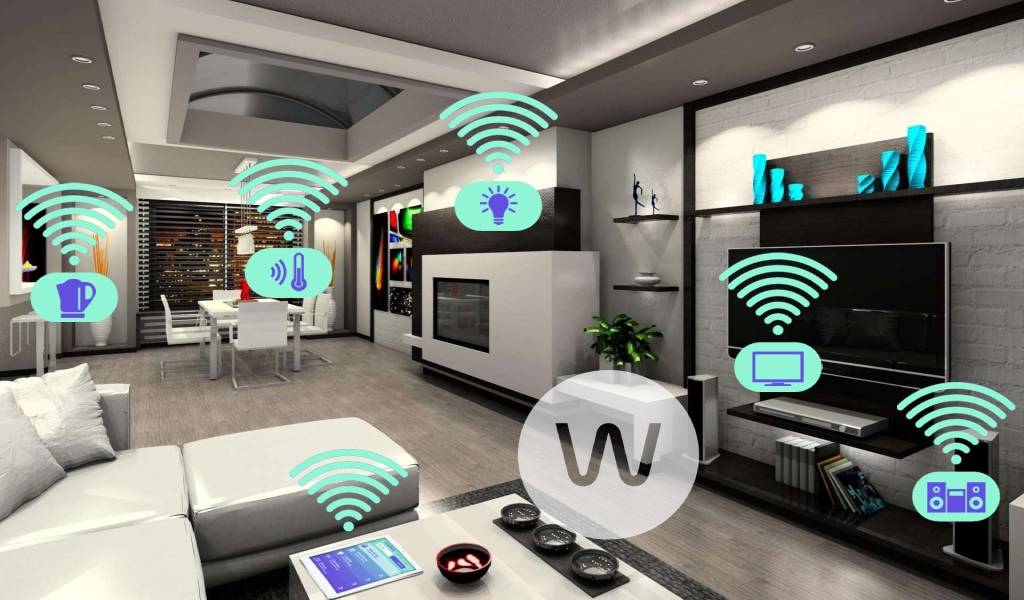 The alarm clock is buzzing earlier than normal at 6 a.m. It’s not a glitch: the smart clock read your calendar and made the necessary adjustments since you had that important presentation first thing in the morning. Your shower starts automatically and heats to your selected temperature of 103°F. The solar panels or wind turbine on your roof have charged the electric automobile, and it’s ready to drive. When you return home later, you’ll find an unexpected present delivered by drone waiting for you. When you open it, you’ll discover cold medication inside. It turns out that health sensors in your bathroom identified signals of oncoming sickness and immediately made an order. That’s a good thing you already nailed that presentation.

That is, at least, the idealized image of the smart house that will exist in ten years. According to Berg Insight, by 2022, 63 million American homes will be “smart,” with anything from Internet-connected light bulbs to webcams that allow us to snoop on our pets from the workplace (there were nearly 130 million homes in the U.S. in total in 2018). Experts predict that in a decade, we’ll have progressed from turning lights on and off with our voices to absolute immersion in the Internet of Things (IoT). Artificial intelligence advances will allow the brightest houses to actually learn about its owners or residents, ultimately anticipate their demands. Robotics advancements will provide us with devices that can assist us with cleaning, cooking, and other tasks. New sensors will keep an eye on our health. The data that smart homes collect, analyze, and act on will be at the heart of it all, helping to transform future homes from a collection of devices and accessories into really “smart” homes.

Consumers will spend $123 billion on IoT gear by 2021, according to consultancy company ABI Research, and that amount is expected to climb thereafter. Apart from Internet-connected televisions, manufacturers are investing in home-monitoring and security devices, which are expected to account for 22.6 percent of the smart-home market by 2023, according to research firm IDC, with smart speakers and lighting equipment trailing at 15.4 percent and 11.8 percent, respectively. According to industry research firm IoT Analytics, there are currently at least 7 billion linked IoT devices. However, as smart-home technology gets more user-friendly and the benefits of using it become clearer, the market is primed to take off. According to IDC, “further growth is predicted… as customers use various devices within their homes and as worldwide availability of products and services improves.”

Naturally, as our houses learn more about us, keeping them safe will become even more critical. Hackers are interested in any gadget that is connected to the Internet. When it comes to gadgets that can unlock our doors from afar, gaze into our living rooms with cameras, and capture our most sensitive and personal data, cybersecurity becomes even more important. According to Daniel Cooley, chief strategy officer of electronics component producer Silicon Labs, any large breach that turns off customers may be devastating for the business. He refers to it as a “major extinction catastrophe for the Internet of Things.”

Smart-home technology will advance much beyond what is now accessible on store shelves, thanks to a number of technological advancements. Artificial intelligence advances, for example, have the potential to upend practically every aspect of our lives, including our houses. Every morning, you may already be utilizing an AI-powered voice-assistant device to receive the latest news or weather prediction. However, in the smart home of the future, AI platforms might act as the brain for whole households, learning about people and coordinating and automating all of their smart devices. Crestron, an IoT firm, is developing software that records a person’s behaviors, such as which music they want to listen to in the morning or which lights they want on at a specific time of day. Then, after it’s figured out a user’s preferences, it plays the appropriate playlists or dims the lights before bedtime. “That’s really the next evolutionary step in genuine automation,” says Crestron’s residential business leader, John Clancy.

Robots will play a part in the smart house of the future as well. Smart vacuum cleaners like iRobot’s Roomba are already cleaning up after us, and devices like the Aibo, a robotic dog for kids, illustrate how they could keep us company in the same way that a pet could. What about the future? Ori Living, a robotic furniture firm, is collaborating with Ikea on components that adapt to your requirements, such as moving the bed out of the way when you need a workstation or hiding your closet when it’s time to eat. CARL, a smart-home robot prototype by Design3, was recently unveiled. The fabric-covered bot is designed to roll around your house, activating its retractable cameras and sensors to detect intruders, alert you to toxic emissions, and keep an eye on your pet. Nvidia, a computer graphics firm, is developing a clever robotic arm that can operate as its owner’s personal sous chef, slicing and chopping vegetables and assisting with cleanup; it might be especially handy for busy parents or disabled users. If such a gadget were to become commercially available, cameras and sensors may assist prevent it from hurting an unwitting bystander on their way to the fridge for a quick snack before dinner.

Over the next decade, health applications will fuel at least part of the smart-home growth. If individuals are reaching for sugary sodas too frequently, cameras and sensors implanted in refrigerators will advise healthier options. Residents’ medications will be checked using similar technologies in medicine cabinets. Sensors will also be installed in toilets to examine human excrement for signals of any possible health problems before it is flushed. Toto, a bathroom-fixture firm, has experimented with urine-sampling toilets, and one business has filed patents for gadgets such as a mirror that analyzes users’ skin to monitor their health. Homes will also have their own health sensors, which will monitor for concerns such as water damage, vermin infestation, and so on, alerting owners to any possible problems before they become far more expensive to fix.

Hackers have already targeted some smart-home gadgets, either to gain access to the data they contain or to use them as instruments in wider cybersecurity operations. In 2016, hackers gained control of hundreds of thousands of vulnerable IoT devices and exploited them to transmit fraudulent Internet traffic to target websites in the aim of crashing them; as a result, Internet connectivity in regions of North America and Europe were momentarily disrupted. Regulation by the government is also in the works. Senator Mark Warner of Virginia introduced a measure in March that would force the government to establish basic security rules for smart devices used by federal agencies; these requirements might eventually become industry standards.

Whether you intend to or not, you’re more than likely to wind yourself in a connected house at some point. Homes are increasingly being designed “smart” from the bottom up, according to architect Michael Gardner, the founder of building business Luxus Design-Build. “It’s such an important aspect of the house,” he adds, “that we’re building it from the ground up, when previously technology was always an afterthought.” Experts predict that, in the end, consumers will regard smart-home technology as important as electricity, refrigerators, air filters, and air conditioning. Smart home technology and the data it collects will be “like plumbing,” according to Cooley of Silicon Labs, an electronics component manufacturer. “You can count on it.”

There was a period when we used a lot of candles, and even candles have changed with time and will continue to change in the next 10 years. Even if we all desire smart home technology, there are certain things we don’t want to give up permanently, such as candles, which have been a part of our family’s memory for many years and allowed us to share so many memories over dinners, sleep, and have fun under the light of candles. Will technology, on the other hand, make things better? Yes, candles may give you the same experience over and over again; it’s only that technology has improved the process of creating unique taper candles, so when we light them up, it gives you a lot better feeling.