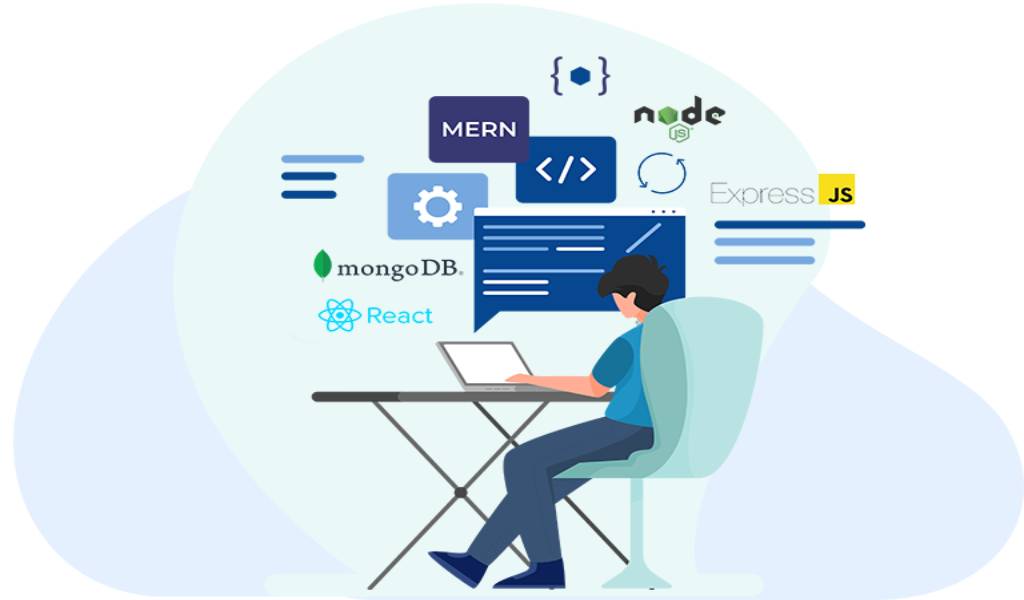 Innovation is an important aspect of technology that is always evolving. Despite the fact that technology evolves on a daily basis, people are never pleased with it; their demand for new and easily accessible products is insatiable.

The demands of users will never stop, thus there’ll always be a significant desire for more elegant and flawless experiences in web and mobile applications. Web and mobile app developers are working hard to meet user expectations by making it easier to create more dynamic and responsive applications.

In order to build full-fledged websites/applications, developers have abandoned traditional JavaScript and HTML technologies and are taking on advanced technology stacks such as MEAN and MERN. To succeed in today’s competitive industry, developers must think out of the box.

By hiring Mern stack developers, you will be able to attain academic architectural success. To build world-class websites, it’s better to go with a reputable offshore web development firm that can provide you with developers who have the appropriate skills and talents.

So, let’s start with a definition of the MERN development stack.

What is MERN Development Stack?

The MERN stack is a set of technologies that accelerates application development. Developers all over the world utilise this technology. The fundamental goal of the MERN stack is to build apps that only use JavaScript.

This is because the MERN technological stack’s four components are all JS-based. It’s ideal for the web development process, as it addresses all of the business’ needs. By leveraging appropriate technology, it will allow for a smooth and easy development process.

Consumer demand for outsourced product engineering services is growing at an unprecedented pace today because the aim of these services is to help customers focus on their core business processes. Such services also help customers avail substantial advantages gained through low-cost technological leadership.

MERN Stack is a set of four technologies – MongoDB, ExpressJS, ReactJS, and NodeJs — that work together to develop dynamic, functional, responsive, and engaging web applications and websites.

MongoDB is a market-available open-source, cross-platform document-oriented, highly scalable, robust, and free NoSQL database that was launched in 2009. MongoDB has established a reputation as a robust, adaptable database.

It is now utilized as the backend data storage for many high-profile firms and organizations, including Forbes, Facebook, Google, IBM, and many others.

Among developers, it is referred to as a no SQL database software. It provides data in a variety of customizable documents that may be retrieved quickly using a JSON-based query language.

ExpressJS is a free and open-source back-end web application framework for Node.js. It will make it easier to write comprehensive web server code in Node.js by removing all of the manual steps.

A streamlined and simple coding approach can be provided by one of the critical integrated components.

ReactJS is a free and open-source JavaScript front-end library for designing high-end user interfaces based on UI components. It is primarily supported by Facebook and a large community of developers.

Many huge, well-known firms such as Netflix, Instagram, and Airbnb use ReactJS to build their user interfaces and UI components.

NodeJS is a cross-platform, open-source JavaScript runtime environment and library available in the market. It is developed straight from Google Chrome. It is capable of executing all JavaScript code externally from the browser with ease.

Above all, everyone is familiar with JavaScript, which is primarily used for front-end scripting. It enables developers to assist in the development of standard command-line tools. It also aids back-end scripting, which enables dynamic web-based content creation.

As a result, most developers throughout the world consider it to be one of their top choices.

A MERN Stack developer’s abilities and experiences will differ from one to the next. For designing a modern web application, they are more likely to have the following skillset.

How Much Does it Cost to Hire an Offshore MERN Developer?

The world’s tech hubs for hiring the best MERN developers are in Asia, Eastern Europe, Africa, and America.

The cost of hiring Offshore MERN developers varies from region to region depending on the region’s economy, cost of living, and various other factors.

The cost in southern and central America ranges between 35$ to 50$ per hour. European countries’ developers can be hired at a rate of 25$ to 50$. While African and Asian regions offer rates of 15$ to 40$, the cheapest among all other regions.

There are other factors that also affect the cost of hiring Offshore MERN developers such as the experience level of the developer or the market value of the developer-providing agency.

For outsourcing the developer you may also opt for the various companies available. That might cost higher than direct hiring but makes things hassle-free and more responsibility is being taken by the developer provider organization to fulfill your project requirements.

What are the Benefits of Hiring a MERN Stack Developer?

Hiring MERN developers can be tedious, confusing, and complicated. But hiring Offshore MERN developers from the right source or agency will provide the most economical and hassle-free experience.

Though the cost of hiring MERN depends on several factors such as developers’ location, project value, company’s market value, experience level, and so on. It’s a good idea to select a one-stop-shop that can provide top-notch resources for all of your needs.

Rajesh Yadav is an ardent Backend team lead at Peerbits, a Top web application development company having a significant presence across the globe. His visionary thoughts, strong technical capabilities, and leadership skills of bringing simplicity out of the clutter have helped Peerbits see consistent growth.