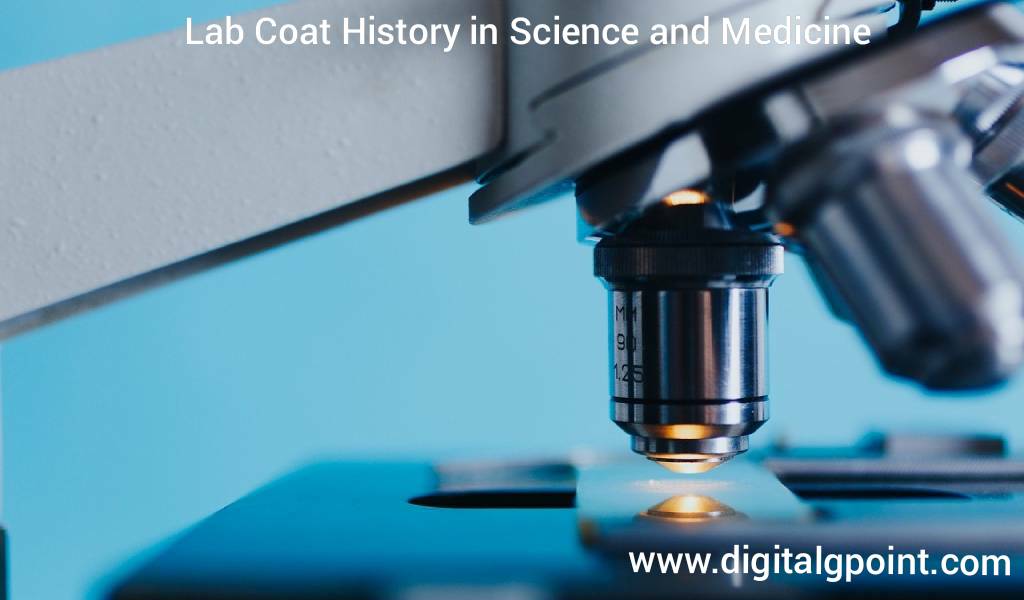 Why do many professionals in the fields of science and medicine wear lab coasts?

To find out, we reached out to Crooked Brook the atelier division of an art studio that offers custom men’s and women’s lab coats and here is what they had to say:

“When compared to the history of clothing, lab coats (like chef coats) are a relatively recent invention. Great scientific minds of the 16th century, such as Galileo Galilei and Johannes Kepler for example, never donned such a garment. Rather, plain robes tied with cords were preferred. Even into the 18th century scientists either used robes or the dress of the elite: powdered wigs, cutaway jackets, and black silk stockings.

It wasn’t until the 19th century that scientists began to wear a version of the lab coat we know today.

By the early 19th century, science had damaged the respectability of medicine by demonstrating that its cures were worthless, relegating much of medicine to the realm of quackery. While scientists were admired, physicians were distrusted.
As scientists engaged in early microbiology and biomedical research, they protected their clothing with dark coats, which readily identified contaminates. Physicians, looking to science to regain credibility, began to don dark coats, as well. It was common throughout the 1800s for hospital staff to wear dark clothing to show respect for the dead. Even into the early 1900s medical students wore black lab coats while dissecting cadavers out of respect for the deceased.
With significant medical breakthroughs made by chemist Louis Pasteur, surgeon Joseph Lister and others, the perception of medicine changed forever. With germ theory and the introduction of sterile medical procedures, purity became a focal point. Ideas about sanitation in all areas of medicine changed and, as such, the color white became a symbol of cleanliness.
As medical practices improved, so did the physician’s appearance. Coats were made from white cloth, a move deemed especially important as the darkness of previous garb conveyed too much a sense of pending death and mourning. The white coat helped convey to the populace medicine’s new sense of purity, healing and hope.

Medical advances served to boost the status of practitioners from quacks to purveyors of knowledge and healing and the white lab coat became a representation of that shift. As medicine became more scientific and scientists moved into hospitals, scientists also took to wearing the same white coats as doctors. This was done partly for efficiency and partly to give scientists added status in the medical community.

Today, the white lab coat has become engrained in the psyche of the western world, as much a symbol of medicine as the serpent and the staff. The perception is that the wearer is somehow different, special. Though it is still a physical shield guarding against spills, it is also a symbol that separates the wearer from the everyday and places him or her amidst society’s elite.

Many physicians are choosing to skip lab coats these days thanks to studies suggesting they make patients nervous. One identified condition called “white coat hypertension” is a phenomenon in which patients experience elevated blood pressure when in a clinical setting or surrounded by those wearing the garb.

Although some in the medical community are opting for scrubs, lab coats are still favored by many, from dentists to chemists to engineers. And thanks to the influence of fashion and innovation, the coats can be found in as many styles and colors as there are professionals that wear them.

So, the next time you see a multi-colored lab coat pass you by, don’t be surprised. It may just be a scientist with an urge toward individuality.”

The majority of this article originally appeared here https://www.crookedbrook.com/lab-coats-custom-embroidered.htm and was edited and republished on this site with permission.