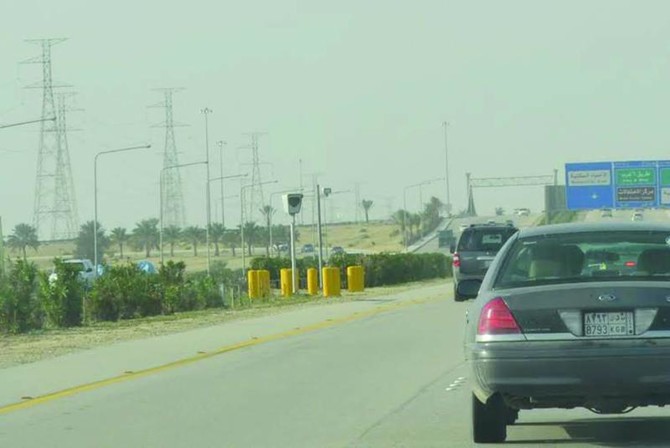 SAHER is the new traffic control system which the Saudi government introduced in 2009. SAHER is an Arabic term and the meaning of this term is “watchful”. The basic objectives to be achieved through installing this system in Saudi Arabia is to improve the efficiency of traffic flow and minimize the number of accidents. This technology is based on intelligent transportation system applications traffic management subsystem, traffic enforcement, and to increase the level of safety on roadway networks. SAHER project will help the government in achieving these objectives by improving the road congestion, contributing by keeping the fatality rate low, and enhancing the outcome from the transportation infrastructure. The government has developed the National Information Center of the Ministry of Interior which will monitor the traffic through a network of digital camera (Ministry of Interior, 2017). The key functions of this intelligent transportation system include:

The roads in Saudi Arabia are considered to be one of the most dangerous roads of the world. According to the General Directorate of Traffic in Saudi Arabia, approximately 17 people die in road accidents. The number of road accidents per capita in Saudi Arabia is highest as compared to any other country of the world. According to the World Health Organization (WHO), road accident is the major cause of death in young adults between the age 16 and 36. More than 485,000 accidents were reported in Saudi Arabia in 2008. Approximately 6.485 people died in these accidents and about 36,000 people got seriously injured. The seriousness of the issue highlighted the need of a technology-based solution of this manmade epidemic (Al-Sughair, 2014).

SAHER was introduced as the technology-based solution of this problem. The government in Saudi Arabia did not release any official report or statistics regarding this project it is very difficult to study the antecedents and influence of this project. A very limited source of data for this project include the regional websites, for example, the Ministry of Interior of Saudi Arabia. The SAHER project was launched by Dalla Albaraka which is Saudi national company. This company was founded in Riyadh by Sheikh Saleh Kamel in 1969. This company has significant economic influence in almost all public sector departments in Saudi Arabia including operations, maintenance, transportation, finance, healthcare, real-estate, and trading. It is a very large business group which operates almost in entire Middle East and it is the fifth largest company in the Middle East. Dalla Albaraka Company provided the government with idea about this transportation system in 2008 and the executed it as a project which completed in 2009 (The Arab News, 2017).

SAHER is an integrated transportation control system which utilizes radar and laser system to catch the violators of the traffic laws. The laser system is installed in all of the cities but radar is used only in Jeddah. The basic infrastructure of this system was developed by the Multanova Company. It is Swiss Company and it was established in 1952. This company developed an application to monitor and control the transportation system using the radar technology. The radar technology is very effective in monitoring the traffic and indicate the speed violations. The SAHER technology is based on similar technology. The cameras are installed on the highways as well as the traffic lights (Wald, 2017).

The project was proposed by Dalla Albaraka Company in 2008. The purpose of proposing this project was to improve the efficiency of the traffic system and minimize the number of accidents on the road. This project has certain economic implications as well. It was proposed as “Build, Operate, and Transfer” (BOT) project. The government in Saudi Arabia asked the investors to work on this project using their own capital and operate this project for five years. The investors were offered with good share of profit on their investment. The entire country was divided into three distinct regions to install and operate this project (Ministry of Interior, 2017). These regions include:

The key economic impact of this project is collection of revenues and fines. The phase one of this project was enforcing the traffic laws through automated traffic violation application. The drivers who violated the speed limits or traffic lights are fined. The violators are fined through SAHER tickets. The second phase of this project consisted of installing the cameras which could regulate the traffic smartly using the business intelligence technology (Ministry of Interior, 2017).

Another important economic impact of this system was through avoiding the accidents. The government can save millions of Riyals every year through avoiding accidental insurance and damage to the public property due to the accidents. Finally, this project has positively influenced the economy by creating more jobs (Ministry of Interior, 2017).

Read Essay provides a platform for UK students from all over the world to connect with experienced and professional writers. You can benefit from our custom writing solutions like we offer help with economics homework, accounting assignment help and many other writing services.