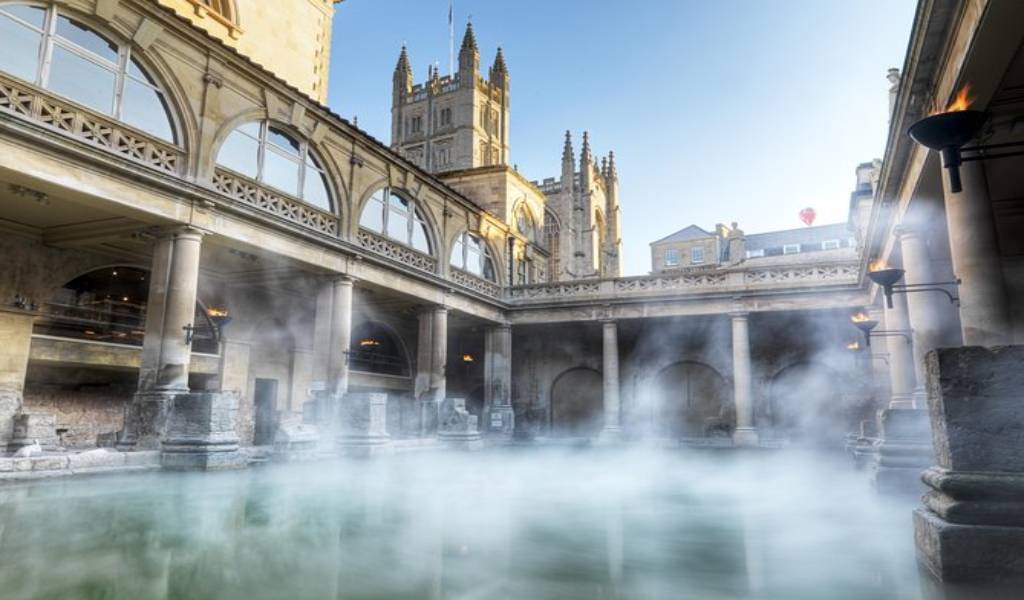 The United Kingdom has an abundance of Unesco World Heritage Sites. 33, to be precise. But none as popular and influential as Stonehenge. And when you couple it with another world heritage site, the roman-built city of Bath, it becomes a globetrotters’ dream trip.

If you happen to be in Southampton and have a day to yourself, a day trip to Stonehenge and Bath tour will be totally worth it. Today, in this blog, we’ll act as your virtual guide to Britain’s two sites of historic importance. Tag along as we explore all the details about the Bath & Stonehenge trip.

Let’s start with the first things first. Bath is 63 miles away from Southampton. A distance that both public and private transport options can cover.

If you’re travelling by road, Stonehenge will be on your way to Bath. It’s a 1-hour drive from Southampton, while Bath takes 1 more hour from Stonehenge.

As we explained before, this trip will be centred around Stonehenge and Bath. So naturally, those are the two places to see. But there’s more to it. We’ll explain them one by one.

Stonehenge tours from Southampton have been on the bucket list of many. A prehistoric creation, the stones are believed to have been raised more than 4000 years ago. What was originally believed to be created as a temple of neolithic people has now become a tourist magnet.

While visiting the historical site by an exclusive tourist coach from Salisbury, you’ll be dropped at the visitor centre located 1 mile outside of the actual site. There, you’ll have to buy tickets which are priced at $19.50 per person.

Stonehenge stays open from 9:00 am to 8:00 pm. You can buy Stonehenge tickets online as well as on the spot. The best time to visit Stonehenge is during the summer months when there’s little to no rain.

For the safety of the monument, it has a barrier around it. So, people can’t just go and touch the stones. However, you can get a good view outside the barrier and can click some nice pictures alongside.

Other Places of Importance in the Area

There are a few places in Salisbury you can visit after returning from Stonehenge.

The ancient city of Bath has many archeological marvels that have gone through the test of time since the 1st century AD. The city is in the valley of River Avon and is the largest city in Somerset county. It is a fusion of old Roman-built sites with modern buildings and parks.

The name of the city is derived from the Roman-made baths. Although the original Roman Baths are in ruins, the present standing Roman Baths were built during the middle ages encircling the natural hot springs. There was also a temple built by the Romans during 60-70 AD, some piece of which is currently on display.

From Royal Crescent to Pulteney Bridge, the modern city of Bath has a lot on offer. Take a long walk through the streets, and you’ll find some interesting places on every other corner. As rich as the city was in the past, the present is not that shabby either. Every year, more than a million tourists visit the city, making it one of the hottest travel destinations in the UK.

Places to Explore in Bath

Apart from the Roman Baths, you’ll find several photogenic places with historical ties within the city. Here’s a list of a few.

Stonehenge and Bath tour takes you on a journey through the ancient British land and culture. This trip not only offers picturesque places but also gives you a history lesson. So, this day trip is high on our list of recommended tours in the UK.