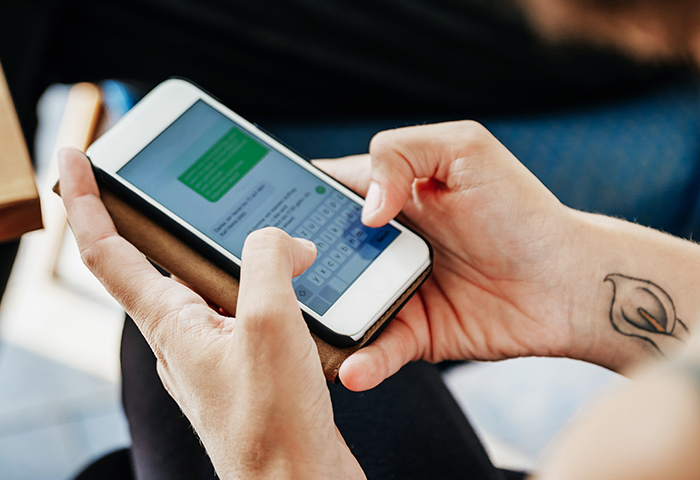 Offers security at all times

As the rate of cybercrime is increasing every day, it is important to keep the messages as well as daily conversations secure. Hackers are quite smart since they have a hold of all the messages or the conversations through WiFi or other ways about which you do not even know. Hackers can easily transfer all the confidential data that you are sharing over conversation through the internet. With the development in technologies, smartphones are getting secure from virus attacks, various messages you are sending over social networking sites are still susceptible to threat by hackers.

You May Like : 10 Secrets To Become Excellent Graphic Designer

They keep an eye on the conversations you are making. However, with encrypted messenger, you can stay safe since hackers will not be able to misuse your messages, videos, voice messages, or pictures. Due to this reason, people these days are focusing more on the concept of encrypted conversation to protect their conversations.

Avoid the hassle of government spies

Many countries are there where politicians as well as the government are against the concept of encryption. They want to ban such technologies and bring something so that they can view the conversations between people.

You cannot disagree with the fact that it is a violation of privacy. Government or politicians can suspect you for no reason. After all, you do not want your private life to come in front of everyone. Due to this reason, the demand for encrypted messenger increased. Due to such rules, you can face traumatizing incidents. Encrypted messaging helps in keeping the government spies away.

Messaging is a common conversation method and celebrities use it too. However, at times, you might have seen that the celebrities end up in unwanted controversies. Even though they try to keep their private life, somehow they end up in image-hampering controversies. You might have seen that the private conversations are rigged and are shown publicly.

If you think that it is a coincidence, then you are mistaken. In most cases, either the rivals arrange such traps or the hackers find out the loopholes and bring up such issues. Dealing with such incidents is no doubt painful since it hampers the reputation of the celebrities. After all, celebrities have a right to protect their privacy and keep their personal life private.

Make the connection between people better

Once you know that the conversations over social networking messengers are safe, you will be able to talk freely. With encrypted conversation, you will have a feeling that you are talking with someone face-to-face and no other person is there to listen to your conversations.

Hence, encrypted conversations have become a necessity these days. With encrypted messengers, you can relax about sharing confidential information.