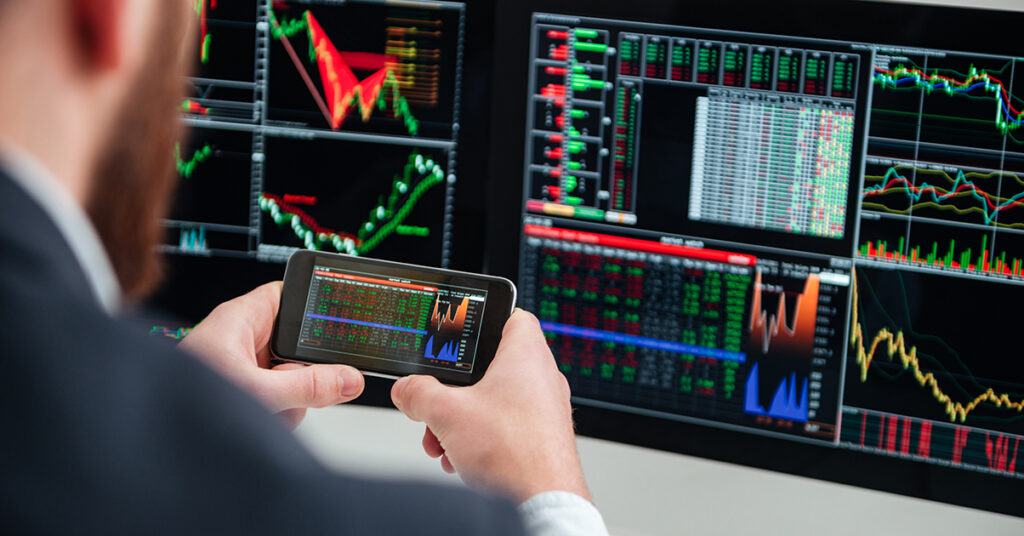 The economic effects of the coronavirus epidemic have prompted investors to seek out assets that can provide shelter during market fluctuations. Due to their decentralized nature, cryptocurrencies are positioned as an inflation-resistant hedge. Let’s see the biggest tendencies and predictions in crypto trading we have seen this year according to data collected.

In January 2020, the market capitalization of Bitcoin, Ethereum and Tether, the top three cryptocurrencies, was $ 148.86 billion, CoinMarketCap data revealed. Due to the COVID-19 crash, that value fell to $ 106.51 billion on March 15, down nearly 30% since the start of the year. However, major cryptocurrencies recovered quickly, with market capitalization surging 90% in the past three months to reach $ 202.37 billion in June.

The upward trend continued over the following weeks, with the figure rising by $ 4.6 billion to $ 206.97 billion on July 12. Statistics show that the combined market capitalization of Bitcoin, Ethereum and Tether has increased by 40% since the start of 2020, despite the effects of the coronavirus outbreak.

Bitcoin’s market cap has jumped 31% in the past six months. In January, the leading cryptocurrency’s market cap was $ 130.54 billion. By mid-March, that figure fell to $ 88.96 billion. However, the past few months have seen a rally, with the market cap rising to $ 170.87 billion last week.

You May Like :The ultimate guide to raise capital for your business

Statistics show that Ethereum experienced the largest market cap increase in 2020. Over the past six months, the market capitalization of the second most followed cryptocurrency has jumped 90%, from 14.22 billion dollars in January to 26.91 billion dollars last week. Statistics show that Tether’s market cap rose from $ 4.10 billion in January to $ 9.19 billion on July 12, a 35% increase since the start of the year.

Ethereum kicked off the year 2020 with an average price of $130. According to the Crypto Trading market’s upside momentum, the price continued to increase to reach $279 per coin in February. This boost is due to rising interest in the crypto trading worldwide as well as to the announced blockchain network improvements of the Ether 2.0. The announcement of the new network, Ethereum 2.0, enabled the value of Ethereum to stay above $250. However, the value decreased due to the emergence of pandemic and rising many uncertainties on the global level.

The Ethereum crypto coins reached its lowest in March with $95.87.to increase to$400 in May. Today, Ether seems more bullish in comparison to bitcoin. It’s not excluded that it will outscore BTC and seize the throne of the best performing crypto.

So far, the US government was very nervous regarding the adoption of the new digital currency that could treat the position of the dollar as a reserve currency. But it seems that things begin to change a bit.

At the beginning of 2020, the US treasury claimed that the office aimed to introduce stricter regulations regarding cryptocurrency industry and digital assets to prevent suspicious operations related to Crypto Trading and blockchain.

However, just a month later the Cryptocurrency Intelligence Program was proposed by the Immigration and Customs Enforcement. New rules paved the way for the adoption of blockchain and cryptocurrency in the country.

With a significant economic slowdown, many expressed the opinion that cryptos could help improve the economic situation in the country and financial well being of the citizens. The government enabled Square company from San Francisco to get low-interest loans and launch CashAppto to help the economy to recover. Besides this, we could see Facebook launching its own cryptocurrency – Libra, helping cryptocurrencies to integrate the financial structure of the country.